The following is an Op-Ed piece written by Renault-Nissan Alliance Chairman and CEO Carlos Ghosn at the 2014 World Economic Forum in Davos.

For more than a century, it has helped drive industrial economies around the world, provided freedom of mobility to billions and transformed modern society. But its success in the 20th century also came at a cost: a rising number of accidents, traffic congestion, CO2 emissions and oil dependency.

Our challenge today is to reduce and eventually eliminate these negative consequences while bolstering the inherent benefits of clean, efficient transportation to people around the world.

To transform the car for a new era, we must address three major issues: safety, the environment and affordability. But the auto companies cannot do it alone. We will need to partner with one another, with governments and other industries if the car is to remain a source of prosperity, progress and freedom.

Every day, more than 3,000 people die in auto-related accidents around the world. Ninety-one percent of the world’s road fatalities occur in lower-income countries, even though they only account for about half of the world’s vehicles.

In Europe, the number of road deaths has been cut in half while the number of vehicles over the same period has doubled. Technologies such as anti-lock brakes, airbags and electronic stability control have contributed the most to the reduction in road deaths.

More technologies are being developed with the potential to eliminate auto-related fatalities.

Autonomous driving is the next step in advancing vehicle and road safety. Together, Renault and Nissan are working on complementary technologies that can predict, detect and prevent collisions. This more holistic approach promises maximum protection for people in and outside the car.

With the help of policy-makers providing clear regulatory oversight, these technologies could lead to “zero fatality” roads within our lifetimes. They also promise far greater freedom of mobility for the aged and the disabled, and will reduce the stress associated with driving in heavy traffic and unfamiliar locations.

Environment
Automobiles represent about 23 percent of the world’s total CO2 emissions, the greenhouse gas most associated with global climate change. Fifteen years ago, the Renault-Nissan Alliance evaluated the environmental impact of its vehicles throughout their life cycle: the greenhouse gas effect on the climate, the impact exhaust emissions have on public health in congested urban areas, and the impact of using scarce raw materials. 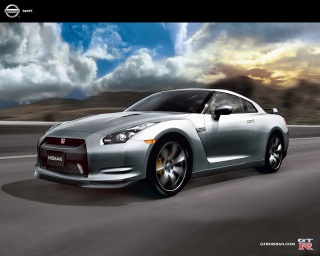 As a result of that evaluation, the Alliance invested more than EUR 4 billion in zero-emissions technologies. Today, it is the only auto group that mass produces a full line of zero-emission cars and light commercial vehicles. Together, Renault and Nissan have sold more than 100,000 of these vehicles worldwide – more than all of the other major carmakers combined.

One of society’s challenges now is to integrate these vehicles into a more efficient and cleaner power grid by increasing, for example, hydroelectric power to replace aging coal-fired power plants. This will require the support of local and national governments, which also need to work with industry to integrate zero-emission vehicles into the broader transportation infrastructure.

Working together, we can ensure that cars can have “zero impact” on the environment.

Affordability
In 1999, Brazil, Russia, India and China combined had only 8 percent of the global vehicle sales volume. In 2012, these four countries alone comprised 35 percent of the industry’s volume.

The tremendous sales growth in these markets has been due in part to carmakers offering increasingly affordable cars for first-time, cost-conscious buyers in the rapidly rising middle class. The Alliance’s CMF-A platform, created and manufactured in India, will pave the way for more affordable vehicles in emerging markets.

Conclusion
We should not forget the important role that the automobile has played in driving economic growth and freedom of mobility for more than 100 years. If today’s global automotive industry was a country, it would be the world’s sixth largest economy – greater than the GDP of Brazil – and account for more than 50 million jobs.

Our challenge is to ensure that the automobile remains a vehicle for progress and prosperity around the world well into the 21st century.

In partnership with other carmakers, industries and governments, we have the capability to reinvent the car for a new era, to provide sustainable mobility for all.